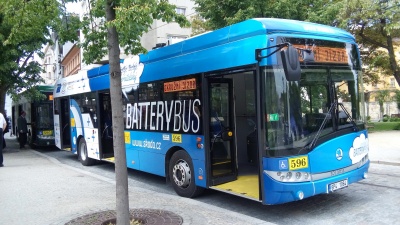 Consult the page of Plzen in the ZeEUS eBus Report - here.

The Eastern European city of Plzen is the 4th largest city in the Czech Republic and was crowned with the title of the European Capital of Culture for 2015. With 170,000 inhabitants the medium sized city has a broad public transport system including 3 tram lines, 9 trolley bus lines and 24 daytime bus lines along with 8 nighttime bus lines. All of the lines combined carry 100 million passengers every year on 15 million km.

The Plzen Demo team is lead by SKODA and includes UWB, PMDP and PT.

Brand and model of the vehicle: SKODA Perun