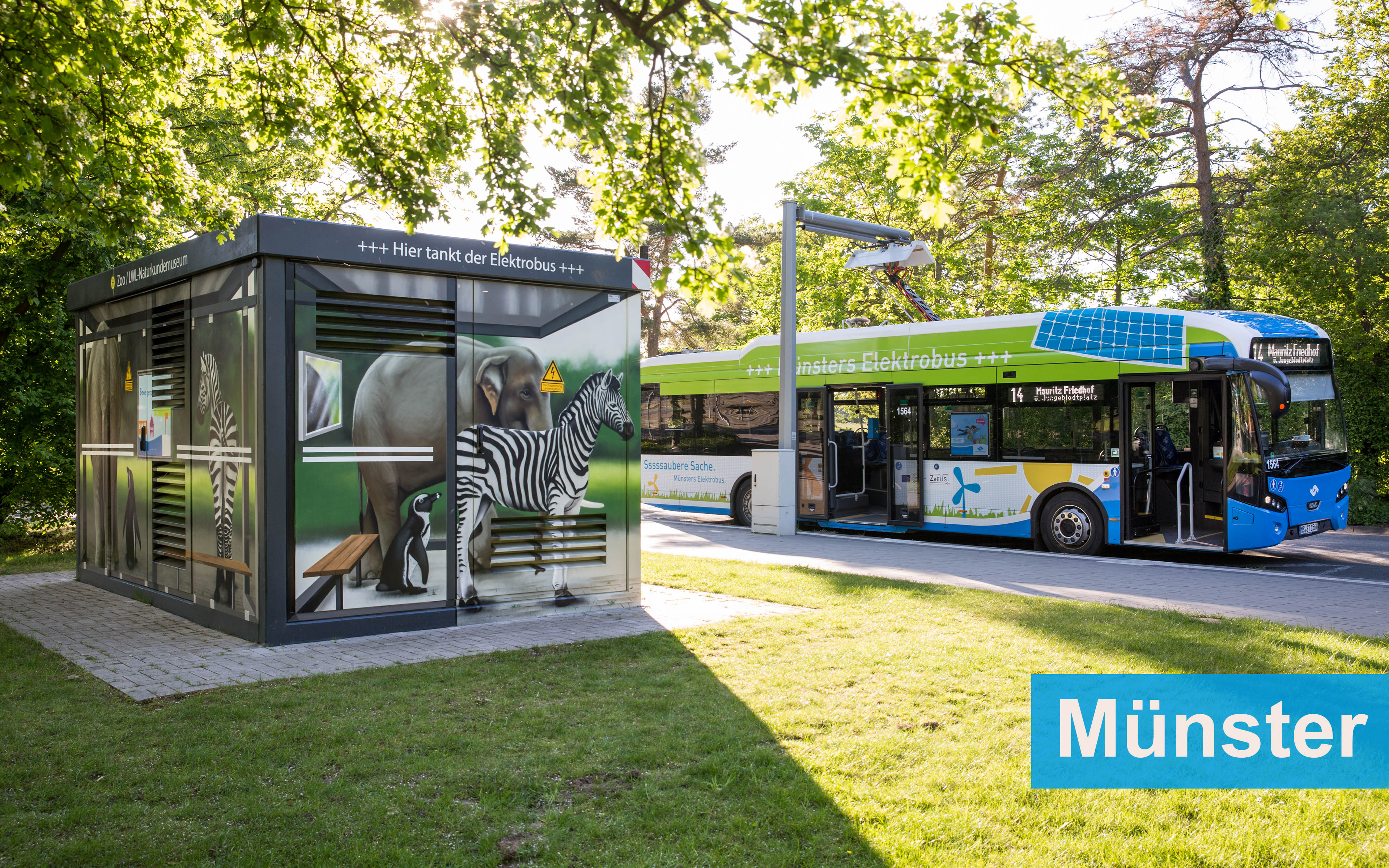 Münster, a demonstration city in the ZeEUS project, is now using solar energy to charge its fleet of electric buses.

Several hundred solar cells are installed on the roof of Stadtwerke Münster's depot. Each year, they generate approximately 500.000 kilowatt hours of renewable energy, which is not only used by the energy-saving LED lighting and tools of the workshop, but also to charge electric buses.

To shave consumptions peaks, a storage battery saves the power that is generated by the solar panels on the rooftops. As soon as an electric bus arrives at the fast charging station at the depot and lifts its pantograph, the battery discharges the electricity into the bus batteries, sparing the public grid from supplying the whole wattage.

Today, Stadtwerke Münster operates twelve electric buses manufactured by VDL, four of which were implemented during the ZeEUS project. Currently, the local transport company is upgrading its depot with additional electric wiring, transformer stations and charging stations for slower overnight-charging. It plans to operate 100 electric buses by 2030.

Congratulations to Stadtwerke Münster and the Munster ZeEUS Partners for this great success and big step towards a more sustainable city!